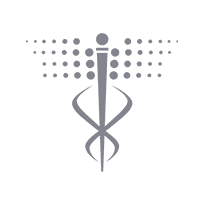 Robotic surgery is a highly advanced, minimally invasive surgical procedure that uses a surgeon-controlled da Vinci® console, miniature camera, and precise, miniature tools to reduce blood loss, trauma, and recovery time when you need surgery. Jaime L. Roman-Pavajeau, M.D., P.A., is one of the most skilled robotic surgeons in the area. To determine if your condition can be treated with minimally invasive robotic surgery, call the office in Katy, Texas, or book an appointment online today.

What is robotic surgery?

Robotic surgery is an advanced, state-of-the-art approach to surgery that allows your surgeon to make much smaller incisions and more precise, highly controlled motions that minimize trauma and recovery time.

Dr. Roman-Pavajeau may use robotic surgery to treat conditions that otherwise would require more invasive open surgery, such as:

During your consultation, Dr. Roman-Pavajeau advises you whether your condition can be treated with robotic surgery, laparoscopic surgery, or a traditional open approach.

How does robotic surgery work?

He then guides the sterile camera and tiny sterile, robotic surgical tools through each incision. The camera sends magnified, color, 3D images to the console monitor so that Dr. Roman-Pavajeau has a clear view of the operating area.

The high-resolution magnification allows Dr. Roman-Pavajeau to see your organs and internal tissues in ways that he can't during traditional surgery. He can enhance and optimize the images with synchronizers and high-intensity illuminators to give him a better view.

He then uses his own dextrous hand movements to control a console that operates the tiny, flexible surgical tools with motion-scaling technology.

With the da Vinci system, Dr. Roman-Pavajeau can make much smaller and more precise incisions and other manipulations that are impossible using only human hands and traditional tools.

What are the advantages of robotic surgery?

The minute movements possible with da Vinci ensure that even the smallest amounts of malignant or diseased tissue can be removed. Dr. Roman-Pavajeau can also make smaller repairs and adjustments that are impossible with traditional surgical approaches.

To determine if you can benefit from state-of-the-art robotic surgery, contact Dr. Roman-Pavajeau for a consultation, or request an appointment online today.

The Doctor performs the following cases:

Catheter Placement for Dialysis or Chemotherapy
Varicose Veins Surgery
Excision of Masses in: Extremities,  Back.
Drainage of Abscesses.
Removal of Cyst